To share your memory on the wall of Dennis Gambrell, sign in using one of the following options:

Provide comfort for the family of Dennis Gambrell with a meaningful gesture of sympathy.

Print
Dennis A. Gambrell, 78 of Cookeville, Tennessee passed from this life Thursday, April 18, 2019, at his home in Cookeville.

He was born Saturday, July 6, 1940, in Brentwood, Tennessee. He was the son of the late William and Lillian (Hensl... Read More
Dennis A. Gambrell, 78 of Cookeville, Tennessee passed from this life Thursday, April 18, 2019, at his home in Cookeville.

He was born Saturday, July 6, 1940, in Brentwood, Tennessee. He was the son of the late William and Lillian (Hensley) Gambrell

He was a loving Husband, Father, Grandfather, and Great Grandfather and friend to all that knew him. He was an Air Force Veteran of the Vietnam Era. He was a Lay Speaker who loved to teach the Bible and collect books. He loved spending time with his family and watching his children and grandchildren play sports.

In addition to his wife he is survived by:

1 Daughter and Son-in-law:
Suzanne and Michael Bartlett of Cookeville, TN

1 Sister and Brother-in-law:
Patricia and Rick Murphy of Dayton, OH

A Host of Nieces and Nephews

In addition to his parents, he is preceded in death by 2 Brothers: James "Buddy" and William Dale Gambrell.

In lieu of flowers, donations may be made to the Parkinson's Foundation.

Funeral services for Dennis will be held Monday, April 22, 2019 beginning at 2:00 PM from the Chapel of Crest Lawn Funeral Home. Interment will follow in Crest Lawn Memorial Cemetery with Full Military Honors by the Veterans Honor Guard.

The family will receive friends at the funeral home Monday, April 22, from 11:00 AM until time of service at 2:00 PM.
Read Less

To send flowers in memory of Dennis A. Gambrell, please visit our Heartfelt Sympathies Store.

Provide comfort for the family by sending flowers

Show you care by sending Flowers

The insignias listed here may be subject to copyright and / or trademarked. Those copyrights and trademarks are owned by the respective organizations.

We encourage you to share your most beloved memories of Dennis here, so that the family and other loved ones can always see it. You can upload cherished photographs, or share your favorite stories, and can even comment on those shared by others.

Posted Apr 21, 2019 at 08:58pm
We send our sincere, heartfelt sympathy & condolences to Sylvia and the extended family.
We know you all share comfort & peace in knowing Dennis is now at rest with his Lord & Savior Jesus Christ.
Fred & Michele Burgess
Ocala, Florida
Comment Share
Share via:
HS

Flowers were purchased for the family of Dennis Gambrell. Send Flowers 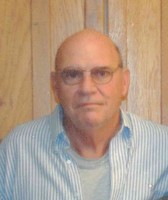