To share your memory on the wall of Kevin Mollahan, sign in using one of the following options:

The gesture that can change the world

Kevin was born Wednesday, April 26, 1967, in San Gabriel, California and he was the son of the late William West Mollahan and Maria Carmen (Urquidi) Mollahan.

Kevin had a passion for the Lord and loved to share that passion with anyone he met and his outreach was worldwide. He was a loving and caring son, brother, and uncle. Kevin loved working with animals and had a special place in his heart for black bears.

Kevin was preceded in death by his father.

To send flowers to the family or plant a tree in memory of Kevin Michael Mollahan, please visit our Heartfelt Sympathies Store.

Provide comfort for the family by sending flowers

Show you care by sending Flowers

We encourage you to share your most beloved memories of Kevin here, so that the family and other loved ones can always see it. You can upload cherished photographs, or share your favorite stories, and can even comment on those shared by others.

Kip Dickie and David, Carlee & James Koenig have sent flowers to the family of Kevin Michael Mollahan.
Show you care by sending flowers

Posted Jan 15, 2020 at 03:42pm
KEVIN was a dear & wonderful friend. I will miss him greatly until we meet again in Heaven, where we will rejoice in the Light of God & Christ Yeshua!

Posted Jan 01, 2020 at 10:16am
I can’t remember a time when you were not around. I was only two when you were born, and you were not just a brother, but a great and dear friend. I loved talking with you about The Bible, Jesus, movies, Disney, Marvel, Funkos, and everything else. You had a unique sense of humor and loved to laugh and share that laughter with others. Your heart for God was evident to all who knew you, and you spoke about Him with love, gentleness and boldness. I look at you as someone I would like to be “when I grow up”.
You are still here with me, in my heart, and I think about you every day. There is so much that reminds me of you - bears, Funkos, baseball, old movies, super heroes....the list is long! Someone told mom that you are probably walking the streets of gold in shorts, that made me laugh, and I can see that being totally true! I am glad you are no longer fighting your body and are no longer tired and sick, but I will miss you with all my heart, every day, until I see you again in Heaven! Love you!!!! Kathleen Posted Dec 18, 2019 at 06:04pm
Kevin was one of the nicest guys I ever met, and I am missing him already! Over many years, he and I had so many interesting conversations about movies and the Los Angeles Dodgers. I greatly look forward to the day Kevin and I will meet again, in Heaven, our true Home.

I am praying that Kevin's family will experience the Peace of God which surpasses all understanding.

Posted Dec 13, 2019 at 02:47pm
We here at Topeka Reformed Presbyterian Church are remembering Kevin with fondness and gratefulness. He was a vital part of our congregation for several years, and served the Lord in a variety of ways. We will certainly miss Kevin! Most particularly, we have felt the hole he left as our church's "evangelism advocate." He was always reminding, encouraging, and facilitating personal evangelism in our congregation. Many of our members (this Pastor included!) were stretched, challenged, and blessed by his humble boldness in preaching Christ crucified! I and my family were able to spend a day with Kevin this past summer exploring the Civil Rights Trail in downtown Nashville. What rich fellowship with a brother in Christ! Posted Dec 12, 2019 at 07:18pm
I will always remember what a kind, sweet soul Kevin was. He was such a loyal friend to my brother, Zoltan. I have fond memories of him and your entire family from our school days. I am so deeply for your loss..
Comment Share
Share via: 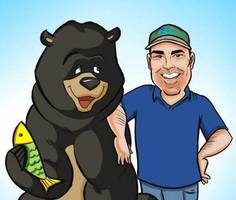 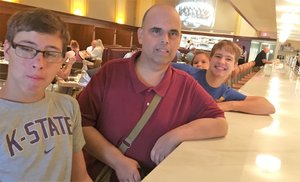 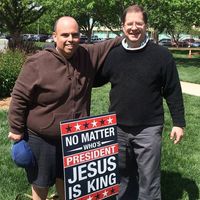 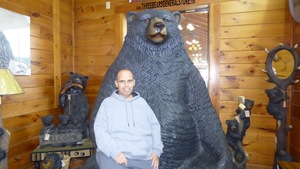