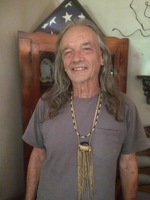 Bobby Dean Kernea, 74, passed away in his home Dec. 15, 2019. Truly a warrior, Bobby first started his battle with cancer almost 22 years ago.

Bob was born Oct. 15, 1945, in Chattanooga, and brought up in Rossville, Ga., by his loving parents, Doyal and Erdice Jones Kernea, with his older brothers and sister: Ray, Al, and Elaine. After graduating from Rossville High School, he ventured to Tennessee Technological University in 1963. There he was introduced to his roommate’s girlfriend’s sister, the love of his life, Myra Ann Farris.

Bob and Myra married in 1967, and with his degrees in both business and teaching from Tech, they moved to Mobile, Ala., where he taught English. Their son, Tyrus, was born there two years later. Soon after, Bob took a job in accounting at Franklin County Hospital, in Winchester, Tenn., where his daughter, Elaine, was born.

His work involved relocating to Marathon, Fla.; McMinnville, Tenn.; and Statesboro, Ga., in the field of hospital administration before settling back in his wife’s hometown of Cookeville as the administrator of Cookeville Health Care Center. By the 1980s, Bob and Myra had turned to Myra’s family roots of farming and raising cattle, as well as becoming entrepreneurs. Together they owned Cookeville’s House of Crafts, BAM Tees (with brother Al), and eventually Cream City Tees in the old Cream City building on Broad Street. Bob was instrumental in first restoring the historical sign in 1987 long after the ice cream factory had shut down. In the mid-90s, they sold Cream City Tees to semi-retire on acreage outside of Cookeville. Bobby was always a “Rebel with a Cause,” and in his later years, it was protecting and promoting the rights and values of Native Americans.

Graveside services for Bobby will be Sunday, May 17, 2020, at 2:30 p.m. at Hamilton Memorial Gardens in Hixson, Tenn., near Chattanooga. A small celebration of his life will be held in Cookeville this Monday, Dec. 23, in the home of a friend. Contact the family directly for details.

In lieu of flowers, a donation in his honor can be made to Cityscape Historic Cookeville, 123 W. Broad Street, Suite 1, Cookeville TN 38501, for continual preservation of the Cream City sign, or to The Red Road, P.O. Box 1565, Franklin, TN 37065 (theredroad.org); The Red Road exists to raise awareness and make a positive impact on the lives of Native Americans. Please share your warm thoughts and memories at www.crestlawnmemorial.com.

All rights reserved. This obituary is also archived at obittree.com